**To protect our employees, we will be closing our Showroom to the public until April 9th. Customer service & tech support are still available Monday through Friday from 8:15am to 12pm & 1:15pm to 5:00pm PT. Phone orders are also available 24/7. Please note that due to limited staffing, hold times may be longer than usual. We apologize for the inconvenience and we thank you for your understanding! **

& Previous Orders
0
Your basket is currently empty.
SUBTOTAL $0.00
proceed to checkout
Expert Advice > All > Evolution of the CCRadio- Survival of the Fittest

C. Crane started in 1983 selling AM antennas. After starting to gain momentum selling mostly antennas and radio accessories, we received our first real technological challenge when customers starting asking for recommendations on the best radio. 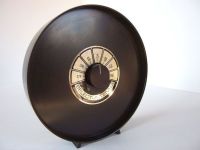 C. Crane started in 1983 selling AM antennas. After starting to gain momentum selling mostly antennas and radio accessories, we received our first real technological challenge when customers starting asking for recommendations on the best radio. It was pretty easy to select the Sangean 803A as the first radio we offered to our customers. Tuning was precise and voice audio was sharper and more legible than most other radios on the market. With the Select-A-Tenna that we sold, it turned into one of the best radios made for reception. It was a little complex to use as a regular daily radio but it met many customer’s needs. We also carried the GE Super Radio which was much easier to use but lacked some of the functionality customer’s wanted and supply was erratic. It seemed that there wasn’t a good blend of features, performance and ease of use.

In the background we went about acquiring and testing just about every popular radio made at the time. It turns out that most radios are tuned for music and FM. There are many that have too much bass or filtering which distorts the human voice for talk radio and even voices found in music tracks. It turned out nobody was making a radio that made voices sound realistic and very few had good reception. If they did, they were so complicated that you needed a PhD just to turn it on or they were so expensive you needed a small loan to pay for it. It took 10 years to convince a manufacturer to help us make the radio we knew our customers needed and wanted. Something that had some of the most desired functionality (memory presets, clock, alarm), audio tuned for voice, excellent reception and wasn’t too difficult to use.

We started the CCRadio by selecting a speaker and an amplifier designed to react well with voice frequencies. Trying to make a sensitive radio that picked up weak stations was the real challenge. The new solid state chips generated their own static noise that masked the weak signal so that is all you heard. It took months to reduce the noise and make the radio quiet so a weak station was above the noise level. The original CCRadio was introduced in July of 1998 and we haven’t looked back. Grandma Faye gave the best compliment; “You can hear the voices with this radio”. It’s gone through a few different iterations based on customer feedback and changes in technology but the idea behind it remains and it continues to be one of the most popular radios we offer. Models based on our design are still popular worldwide. It took several more years but we eventually invented and received a patent for the Twin Coil Ferrite AM antenna. This allowed us to exceed the reception of our original AM antenna and radio.

Our line of CC Radios has expanded to include different types and styles but the focus on reception and audio remains. C. Crane has talked first hand with over one million radio listeners concerned with improving their reception. There is a considerable group of listeners who enjoy or by circumstance choose to use radio as their primary source of news and entertainment.

Send this article to a friend! Send To Friend
Return to all

Share your email with us. See good things happen.
Get invitations to sneak preview and secret sales.
Quick order confirmations and tracking, very reassuring.
Simply enter your email address below.

Your email signup was successful.


Email A Friend
Please complete the fields below, and we'll send your friend an email from you with a link to Evolution of the CCRadio- Survival of the Fittest

Email A Friend
Your message was sent successfully!